Svalbard has many names. ‘Svalbard,’ roughly translating to “cold shores,” was first mentioned in Norse (Viking) reports, though they aren’t sure if they specifically meant that land mass or Greenland. But the Dutchman Willem Barentsz gave it the name Spitsbergen (“pointy mountains”) when he landed upon it in 1596.

As our boat bobbed up and down in the rolling waves of Isfjorden, I peered out the steamy window, not much more than a porthole. Our guide, a quirky tatooed girl with a shock of blonde hair falling in her face, told us the story of Willem Barentsz.

“He wrote back home that in this bay there were so many whales, you could walk from one side to another on their backs.” 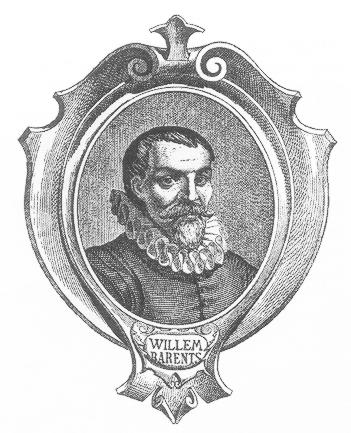 At this moment in time, I would have been keener on walking. I watched the beads of water on the inside of the window and tried not to focus on how seasick I was getting. I wondered if Willem Barentsz ever got seasick. He must’ve. He floated all over the North sea route.

Unfortunately, Barentsz writing home about the whales brought ships from all over Europe to do what humans do best: bring other creatures to the brink of extinction.

The Dutch set up the first whaling station on Spitsbergen, consisting of giant cauldrons over fire pits, to boil the whale blubber into oil. They would harpoon the whale, then when it got tired, capture and kill it, and strip the blubber from the whale’s back. They took the baleen  to use to make umbrellas and hoop skirts for European women.

Soon they developed a way to harpoon the whale, cut the blubber, and boil it down all from the ship itself. But the whale population dwindled, and the whalers discovered that wooden ships and whale oil and drunken sailors with pipe tobacco habits did not make for a happy time at sea. Many of the ships burned down, and by the end of the 18th century, the whales and the whalers were gone, leaving only crumbled brick firepits and various tools behind.

We had the opportunity to eat whale meat, ourselves – Norway and Japan are the only countries that still hunt whale. They only hunt minke whale in Norway, as it is supposedly overpopulated. It is an interesting meat. It’s not like fish – it’s a red meat, and I guess because they want to ration it, it’s sliced extremely thin. The meat was never harvested during the 17th and 18th century whaling boom, though. Our guide suggested that it had to do with the religious aspect – apparently there’s something in the Bible about not eating “red meat” from the sea. What a waste!

We scarfed our food down so we could get outside to see the glacier. As we approached, we could see chunks of sea ice bobbing past. They ranged in hue from pearly white to crystal clear to dusty grey and brilliant blue. The sea itself took on that dull reddish brown that so often denotes glacier runoff.

The boat slowed down, then drifted into the bay. Once the motor stopped, all was still and quiet, except for the glacier.

Every few minutes it would creak and groan, sending a thunderous crack echoing around the bay. The boat crew netted a shining piece of sea ice and surprised everyone with a glass of whiskey on the rocks — very picturesque. The glacier was a tapestry of peaks and valleys, radiating sapphire blue and white, tinged with black dust. A couple of times, following a great rumble, a mass of ice and snow would slide off the face of the glacier and tumble into the water, sending waves our way. Too soon, the boat started up and we were on our way to Barentsburg, the “destination” of our boat trip. Barentsburg was… a disappointment to say the least. It was a very dark, dirty, drab place, and it was already a very dark, drab day. I am not sure Willem Barentsz would be very excited to have the place named after him. Barentsburg is a coal-mining settlement, populated by Russians and Ukrainians (“we he-ave wary heppy times here, no talk about politics,” our heavily accented Russian guide assured us). Now the coal industry is not doing so well, so most of the coal mined here goes to power the settlement itself, with some going to BMW in Germany.

There is coal in the air, coal in the rivulets of water running down the street, coal dust on the buildings, coal on the people. The architecture is depressingly Russian. The most beautiful building in the settlement is the school (70 kids live in Barentsburg) which is painted with a mural of arctic animals. It is still a blocky cement building. There is one building left from before WWII. The Germans razed almost the entire settlement, actually the whole of civilization on the island, as Longyearbyen was effectively destroyed in 1943 as well, except for one shed. The building in Barentsburg is now abandoned, but has a mural painted on it as well, along with a Russian poem.

There are apartments and dormitories for people who live there, a ‘rec’ center, a grocery store, a bar, and a hotel. After the initial tour, we all parted ways and explored the town on our own. Jim and I agreed that we would rather have had two hours at the glacier and twenty minutes in Barentsburg instead of the other way around. There was not much to explore, you can only go in a handful of buildings, and you can’t stray from the edge of town without a rifle for polar bear protection. So we stood on the pier and stared out at the water and made sport of the decrepit buildings lining the edge and wondering what it must be like to live here for the 70 children. We decided they must need a lot of tetanus shots…

“Look! a swing!” Some abandoned well-like structure with a detached piece of wood swinging at the end of a rope.

“Aw man, the jungle gym fell over…” A circular ladder over a man hole that had rusted and collapsed.

“And the slide is broken…” A very steep wooden boardwalk with most of the boards rotted away.

We were back to the boat well before it was time to leave. We made our way more purposefully to Longyearbyen, to my chagrin. I spent most of the return journey studying the ceiling of the boat cabin. Willem Barentsz, himself, did not survive the return journey to his home. He overwintered when his ship got stuck further up north, and died there in 1597. His crew brought back his journals and maps (and kindly gave him credit for “discovering” Spitsbergen). He ended up with a settlement, a sea, an island and a region named after him.

One thought on “Barentsburg Ahoy!”