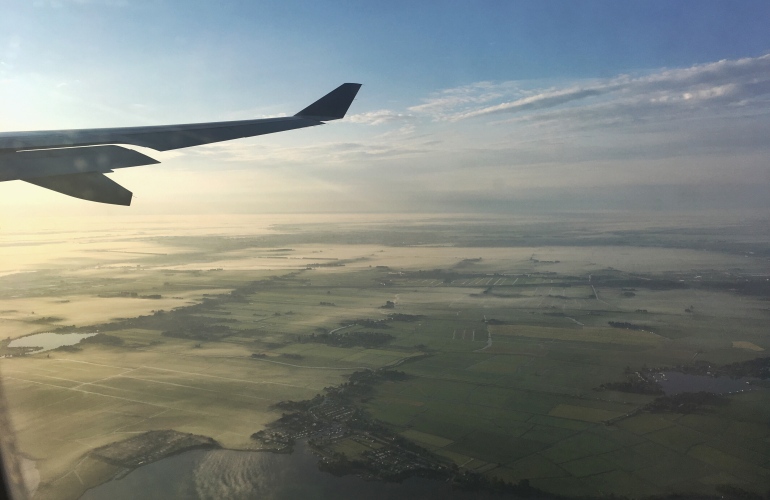 Our long day of international travel began with Jim’s Russian friend and coworker, Dmitri, driving us to the airport. He assured us that a ten-hour flight was hardly anything, at least we weren’t flying to Russia!

It was hard to keep that in mind as we squirmed in our seats 8 hours in. 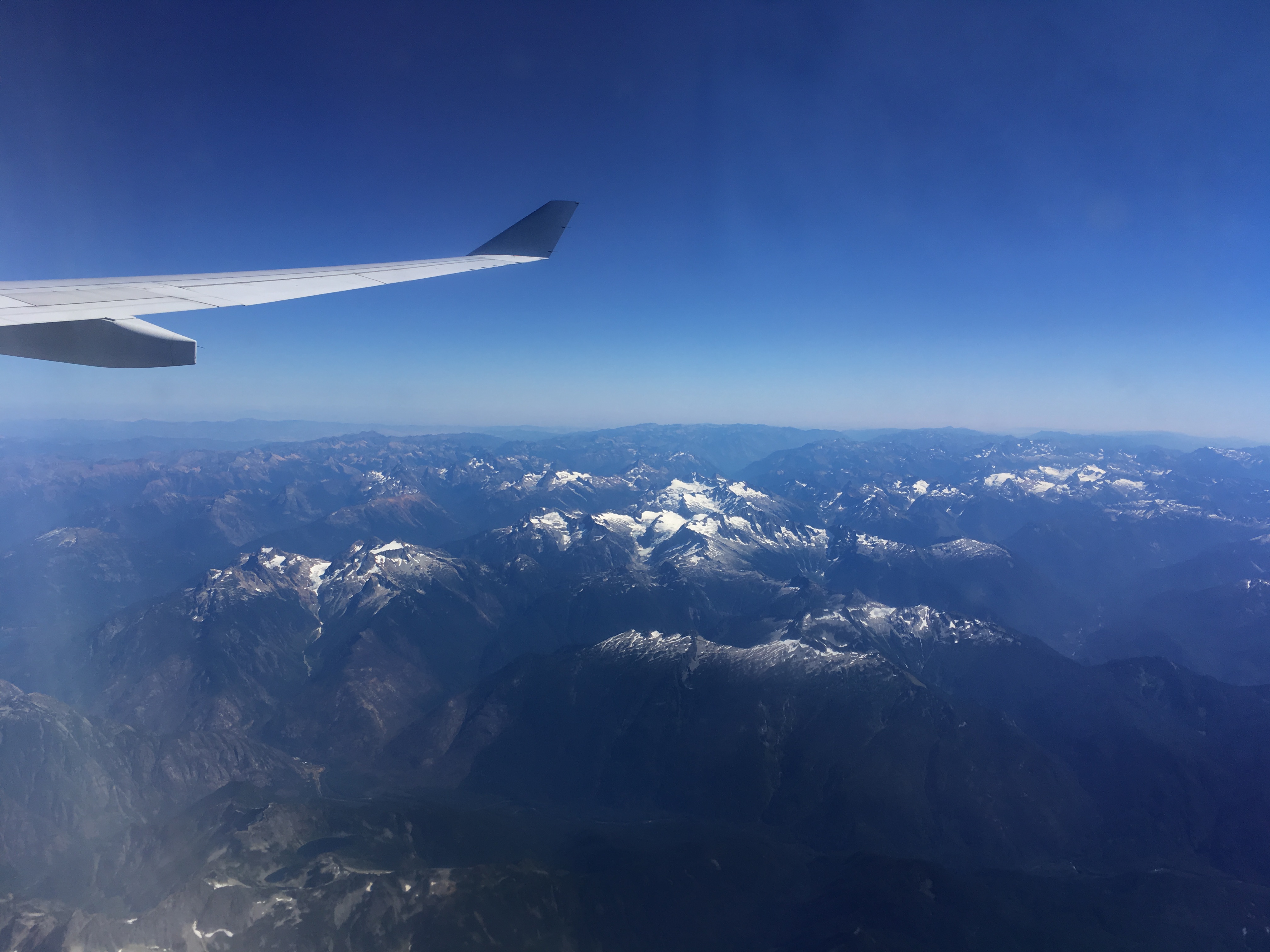 We were chasing the night. Or intersecting it, at least. We left midafternoon from Sea-Tac, flew over Alberta, the raging forest fires of northern Saskatchewan and Manitoba, then into the darkness over Greenland, where I jabbed Jim into consciousness to show him the Northern Lights. Morning broke over Iceland as we continued our arc toward Norway.

I became quite obsessive as we flew over the UK, zooming the map in so I could see exactly which part we were crossing.

Everything was smothered in fog and clouds, and I was grateful that what little experience I had with the UK was typical, but I wished it was a little clearer so I could actually see it. We flew over Leeds, and right as it started to clear up, we could see the Eastern coastline. A little ways offshore there were a bunch of white things in the ocean, which we finally figured out were windmills! There were several more windmill farms in the channel between England and the Netherlands. 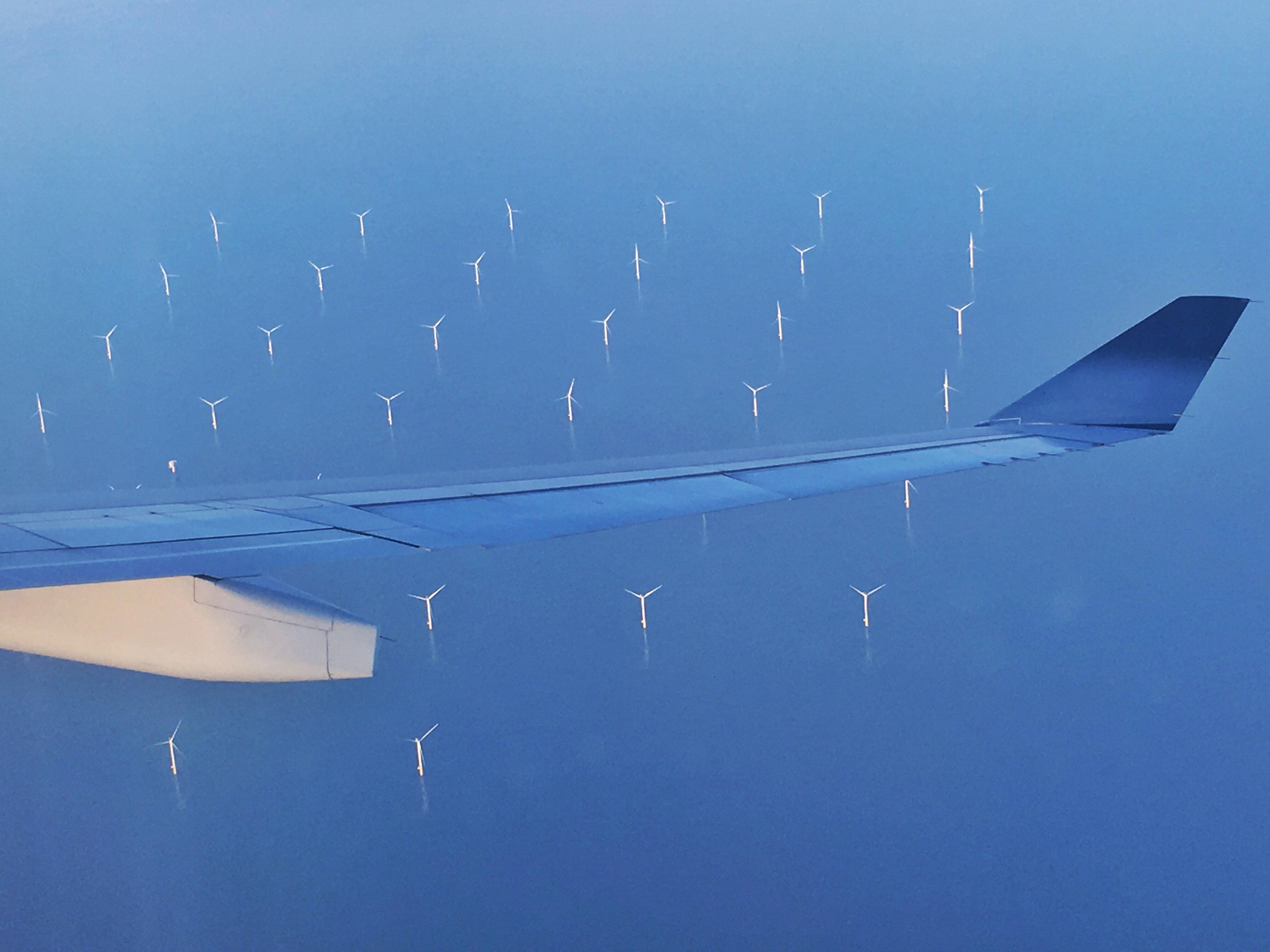 As we flew over Amsterdam, I (and my OCD) was pleased to see how organized the city is: each section is arranged symmetrically, and most of the buildings were matching white with red roofs (is there anything more European than red roofs?)

We passed the main part of the city, and flew low over the foggy farmlands, watching the tiny cars race down the highway (where were they going that early on a Sunday morning?) 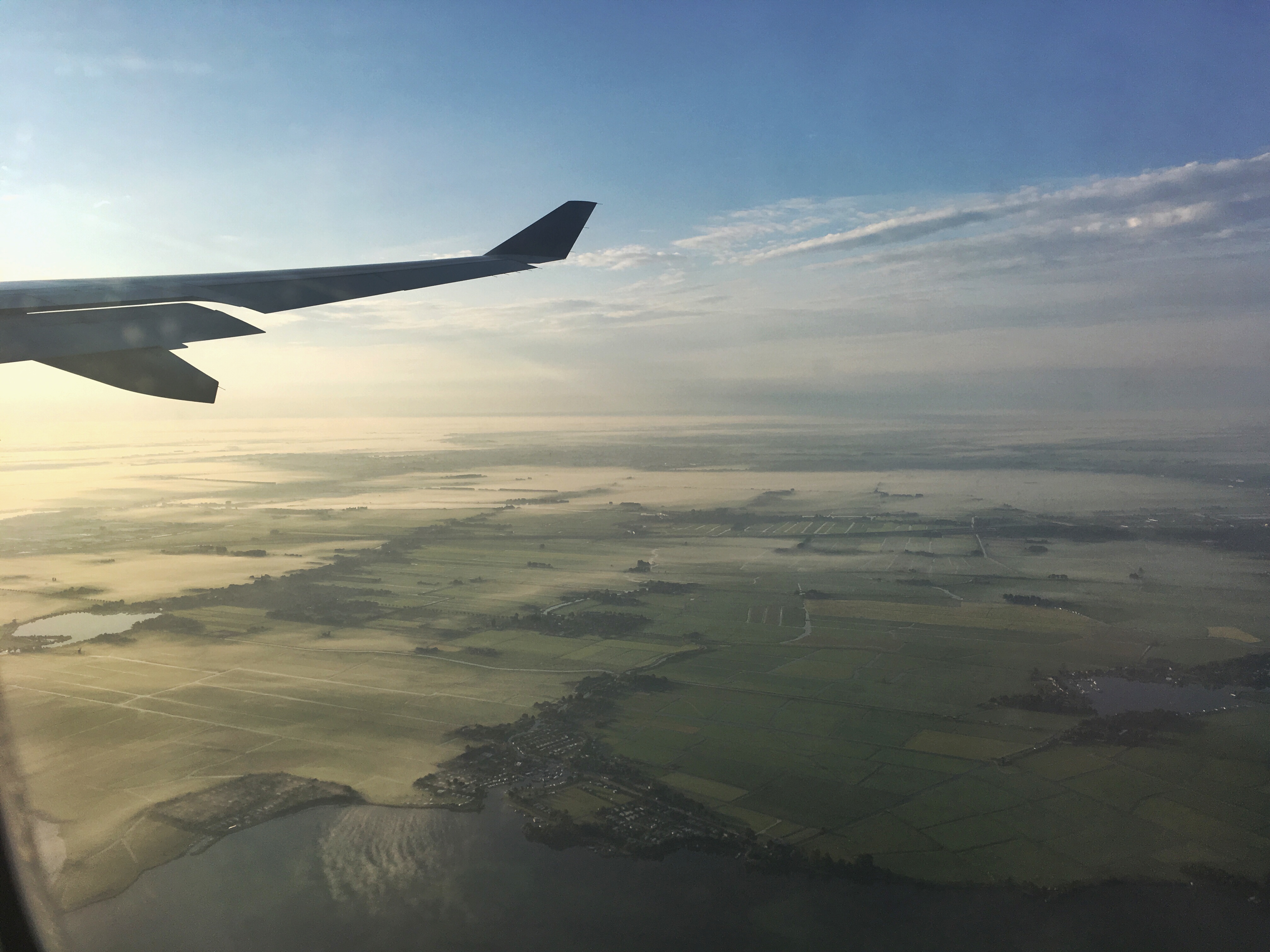 There were boats all along the waterways – many of them parallel parked along the banks, waiting for their Sunday outings, or for Monday’s work.

I won’t bore you with our layover in Amsterdam, which was too short to go see the city, but too long for just waiting, but we didn’t get a wink of sleep, either. 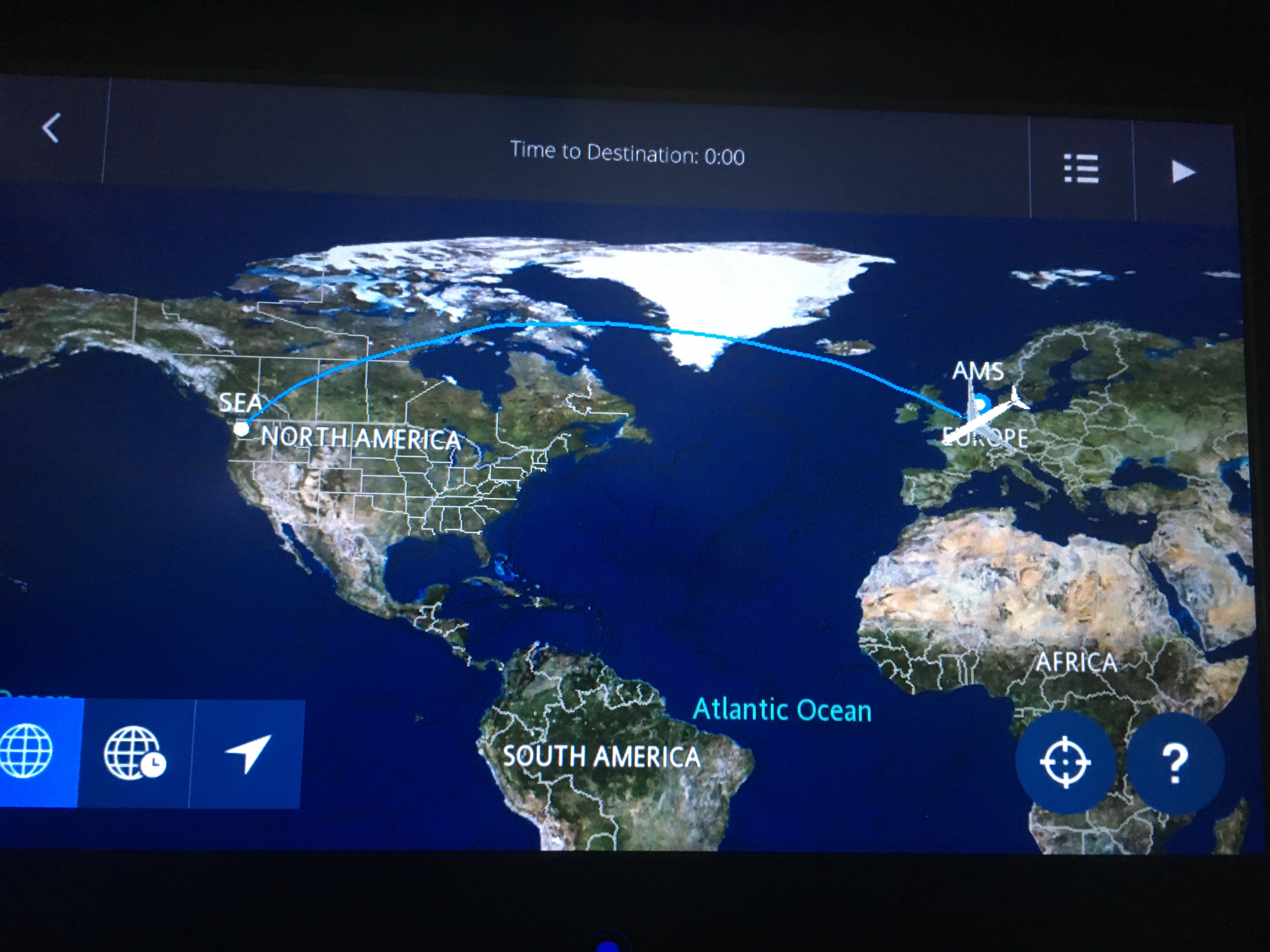 It was just a hop, skip, and a jump over to Oslo, Norway, for the rest of our flight. We didn’t really experience “Norway,” as we stayed in a Best Western, but they did have good dinner, and the best continental breakfast I’ve ever had – herbed smoked salmon, gorgonzola,  fish pate, dense, whole grain bread, tomatoes with cottage cheese (which is nothing like cottage cheese in the US, it’s very mild, not salty, and not runny), cold cuts, avocados… they also had Norwegian waffles with jam, a very British section with sausage and baked beans, all kinds of fruit, olives, more cheese, capers, cereal, yogurt, eggs… It was a smorgasbord! The best breakfast I’ve ever had (and I don’t even like breakfast – maybe I would if it always included smoked salmon) and it was at a Best Western hotel!

Oh, before the breakfast, we finally got to sleep. When we arrived at the hotel, it was only 3pm in Oslo, but it was 6am at home, which was when we had gotten up the day before, and I just couldn’t stay up any longer.

Stay tuned for the next leg of our trip: Svalbard!!

3 thoughts on “Chasing the Night”