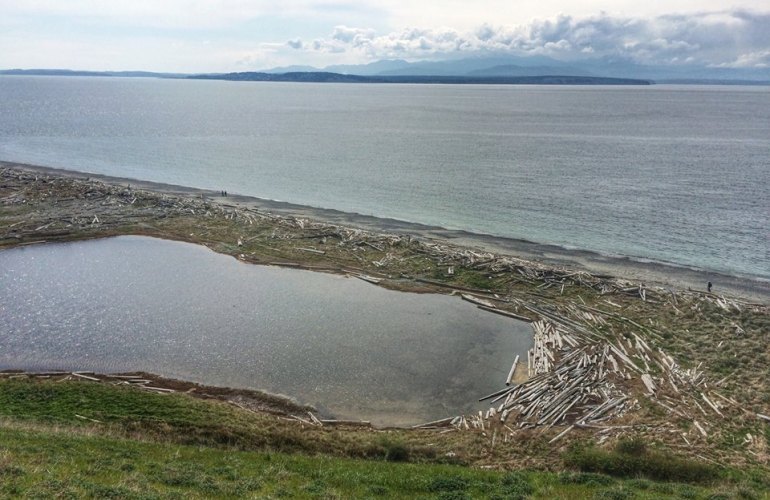 This weekend my sister and I spent our Easter Sunday on Whidbey Island! I haven’t gotten up at seven on a Sunday in a long time. But there I was, hauling myself out of bed, making sure I had all the components of her “Easter basket” goodies that my mom had sent to my address. The most important: the two dark chocolate bunnies, which are necessary in order to recreate this scenario, which we’ve been doing for about the last ten years (who says childhood has to end?) 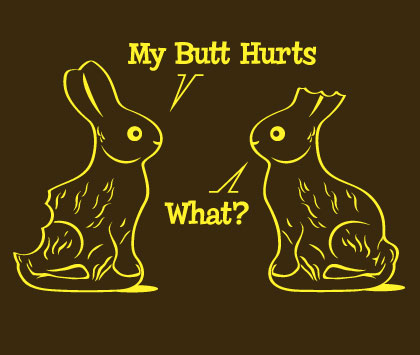 After the bunnies, we mosied our way to the Mukilteo ferry. It was on the ferry that I discovered two things.

1. The ferry ride to Whidbey is incredibly short.

2. I forgot to put the SD card in my camera before I left the house.

3. My camera has zero internal memory! So I was basically left with an iPhone and a $2000 hunk of plastic and glass to haul around all day. Great job, Anna! This just means that another trip to Ebey’s Landing needs to happen in the near future. Yes, that is actually three things. 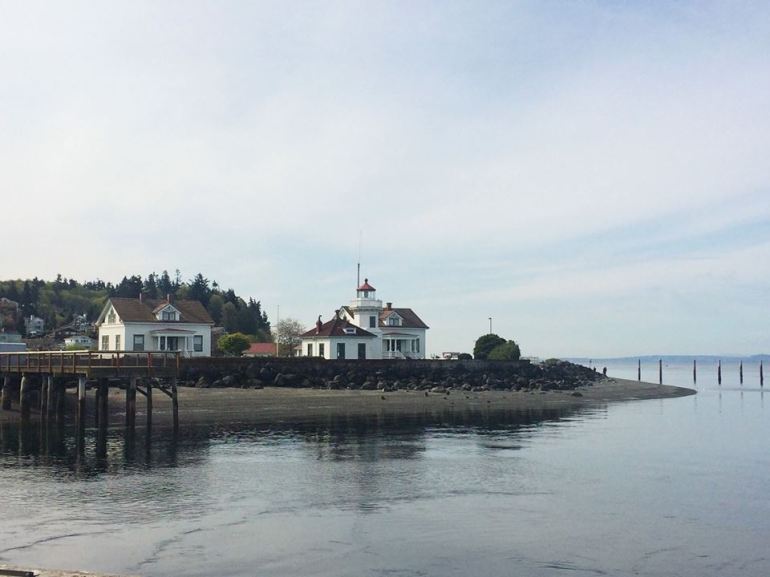 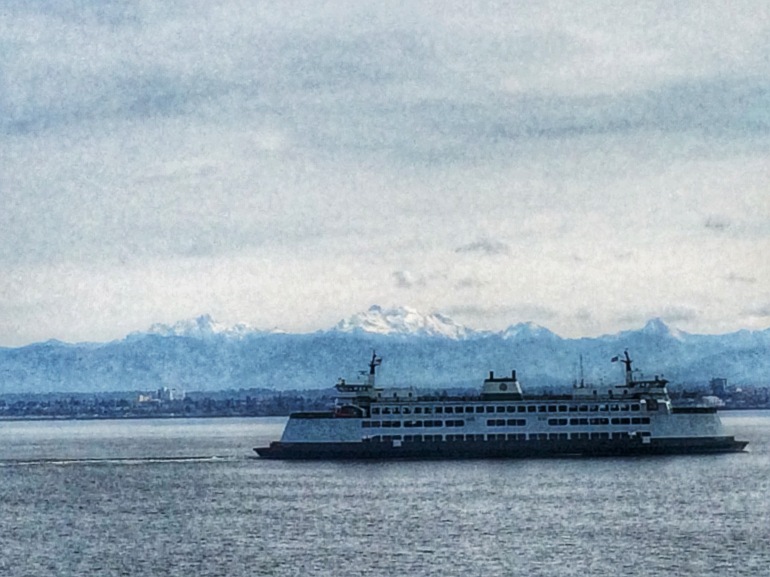 Other than that oversight: it was a beautiful day. We stopped for a pre-hike brunch at Keystone Cafe, which is nestled right in between Crockett Lake and the Admiralty Inlet. We could see the Port Townsend ferry come and go as we munched our salad, grilled cheese and clam chowder.

Next, we got lost. The great thing about getting lost on Whidbey Island on a lightly overcast day in April is that, with the windows down, you really don’t mind. It’s more like “taking the scenic route” than getting lost, in any case.

Once we reached the beach at Ebey’s Landing, we were ready to get out and move! The loop hike at Ebey’s Landing is beautiful – it crests the bluffs along the west beach of Whidbey, weaving along the steep slope, among the craggy trees, always keeping the Admiralty Inlet in sight.

We dubbed the sandy path “The Roly Poly Highway,” because we must’ve seen thousands of the little guys crawling across it. I collected some of them to raise in a jar (it’s fun, you should try it some time – all they need is a steady supply of compost and water and air).

At the end of the bluff, there were a series of switchbacks down to the beach, which was the “trail” back to the start.

This was a moderate hike – about a 3.7 mile loop, with a fair bit of elevation at first, but a pretty easy trek back along the beach for the second half. It was a perfect, slightly sunny, breezy day. Next time I will bring my SD card!

Hope you had a Happy Easter yourselves!

Stay healthy out there!
Tis a good year for snowdrops. 💦 These flowers (and many others) just amaze me. Their “design” is so cool! The little notched centers, rimmed with white, the lantern-like petals that open with warmth. I remember collecting one to use for a photo of Neil Gaiman’s book, ‘Stardust’ (which contains a major reference to snowdrops) and in the few minutes it spent in my house before I took the photo, it had gone from looking like a little white bean on a stalk, to something more like this!
I would be honored if you would kindly “lichen” or follow my Facebook page! It’s where I will be posting updates on my book writing, more photos, and sharing relevant articles and such. I’d love to connect over nature and writing and the NW. (Link in profile, or just fb.me/annaasnook)
This is an all-around pleasing book. Just the right size to carry with you, smooth feel and lovely color, and of course the poems are magic. David Guterson has crafted a thoughtful repast on hiking, hope, and finding solace outdoors. 👍🏾 Highly recommend, and hopefully he’ll do another Seattle reading soon - I missed the one in December!
Without planning to, it seems Jim and I have established a yearly habit of visiting Deception Pass State Park on the third weekend in January. 🤔 It really is lovely this time of year, though... . . #deceptionpass #january2020 #pnwmood #moodygrams #mood #ferns #pnwonderland #pnwexplored #northwestcoast #northwestisbest
It’s time for a reintroduction! My name is Anna. 👋🏽 I am socially awkward (hence this choice for introduction photo) and prefer writing and reading and taking pictures of mushrooms and slugs and mossy logs. Which is why I love IG - so many kindred spirits aboard this ship. 🍄 In case you’re interested, I use a Fujifilm XT-2 (mirrorless), and my favorite lens is the 18-55, and the MCEX-11 macro extension tube. Anyway, thanks a bunch for looking at my photos and reading my words. I look forward to seeing what everyone has in store this year. Please drop by and say hello! ⬇️ . #newyear #nature #photographer #behindthescenes #seattle #thatpnwlife #herpnwlife #wanderwashington #pnwdiscovered #pnwphotographer #oregonian #seattletransplant #macro #natureshots #writersofinstagram #amwriting #naturewriting
An ode to dark places... . . #pnwdiscovered #thatpnwlife #coasttoforest #pnwescapes #wanderwashington #trailshot #northwestisbest #northwestexplored #herpnwlife
𝙼𝚘𝚜𝚝 𝚘𝚏 𝚖𝚢 𝚏𝚊𝚟𝚘𝚛𝚒𝚝𝚎 𝚙𝚎𝚘𝚙𝚕𝚎 𝚊𝚛𝚎 𝚋𝚘𝚘𝚔𝚜 📚 #robertmichaelpyle #naturewriting #naturewriter #shelfie #newyearseattle #seattle #happynewyear #roaring20s
Here’s to new beginnings! New year, new decade, new fronds! 😂 What are your goals this year? I am going to finish my freaking book, and try to fall back in like with Seattle, even through it drives me nuts. . . . #newyearseve #newyears2020 #farewell2010s #roaring20s